Houses of the Small Sea Dead

Poems and Other Lyric Works

HOUSES OF THE SMALL SEA DEAD is a lyric exploration of my experiences in two worlds: the idyllic seaside Bay of Plenty world of my youth, and the suburban Auckland terrain where I have spent most of my working and adult life. The volume captures some of the compelling memories from both worlds through the first 60 years of my life – from my deep abiding attraction to, and love for, the beach and shore, waves, shells and other aspects of beach life, to reflections on the complex, grittier, jarring-at-times world of the city.

It’s a personal and emotional journey in places as I try to make sense of – and draw lessons and succour from – my experiences. The verse is imbued with my love of rhythm derived from my strong interest in music, wedded to a fascination with wordplay and the layers of meaning attainable through the richness and intricacies of the English language.

Enjoy the surface meaning of my poems, but don’t be afraid to delve a little deeper.

The Hugo Boss dummies / eye the Queen Street homies / and the glass between them / is like bars and concrete / at a park for creatures / who’ve escaped from nature. (“Sapiens”)

Eyes that would cause / a Khan to pause / calmly scan / my inconsequential /caravan / serai. (“New world”)

The sleek stick of the heatseeker / hunts a jet over Asia. / In the cockpit the Perspex pilot slips the chase / with high-G / ingenuity. (“Heatseeker”) 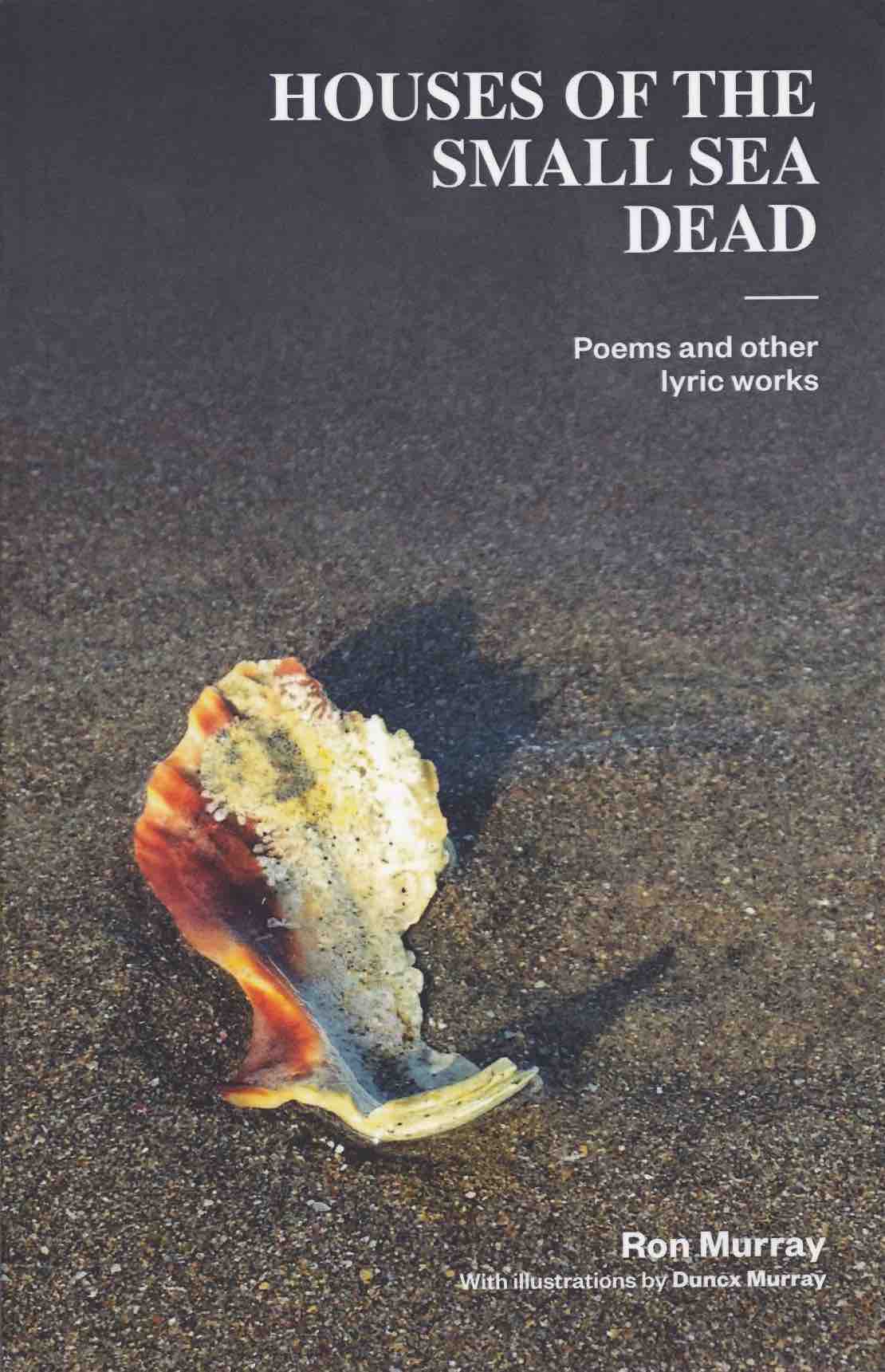 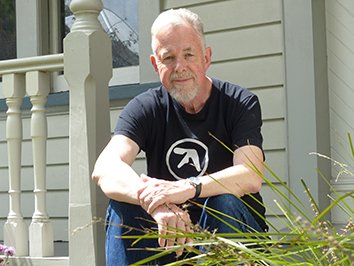 Poetry today is sometimes seen as an esoteric, acquired taste, or as Ron Murray puts it, ‘it’s not everyone’s bag – they see it as a bit like competitive finger-knitting.’ But poetry keeps on being written and read, because it is one of the oldest and best-preserved human activities. Indeed, poetry was invented before prose. Everyone understands the need for love poems. And poems are common at funerals and weddings, as limericks and anthems. We all enjoy the sharing of feelings and experiences in punchy, condensed form, and that is the basis for countless slogans and jingles, which can be like miniature poems. Some stick in our memory like earworms. And the world is full of songs, which basically are poems set to music. Even the most gangsta rapper is actually busy making poetry.

So, although the word poetry may at first suggest something woolly-woofterish, it is very much part of our lives. I was delighted to hear from Ron, who had once been a student in a poetry class I taught, that he was about to launch a collection of his poems – 80 or so pages, so a lot of living is recorded in this book – many experiences and ideas and feelings.

The unusual title – Houses of the Small Sea Dead – leaves you in no doubt that this is colourful stuff – poems written and collected over the years, like shells on a beach with interesting shapes. And indeed, beaches, boating and surfing feature prominently in this book. To quote: ‘A new stream of shells / strewn at the high-tide line / clattering lazily / as the waves / rushed the beach.’ Those shells are ‘the broken brilliant vacant houses of the small sea dead.’ 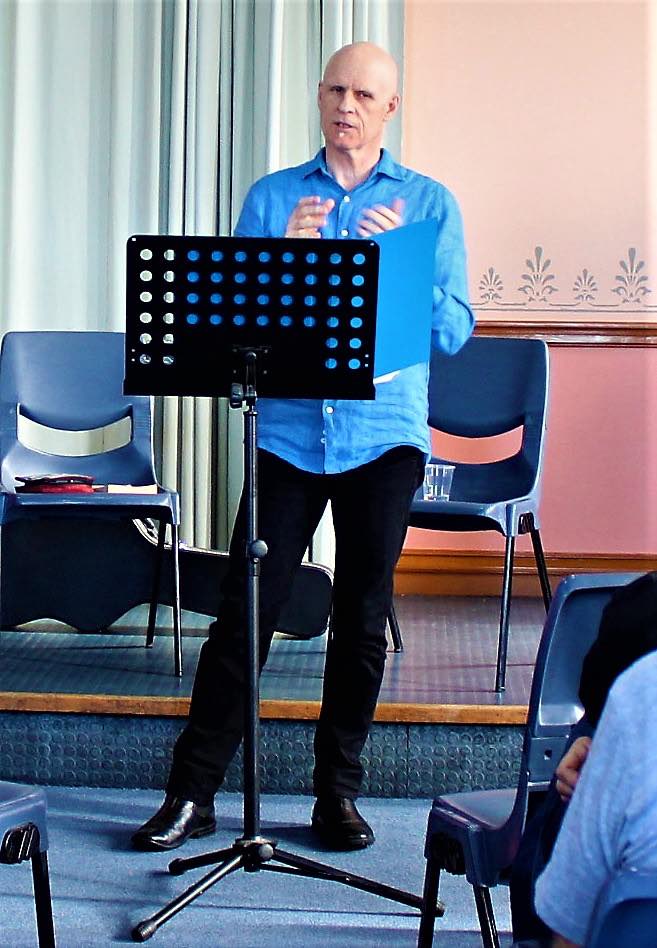 I’ve always enjoyed living in a country where we are never far from the sea, with all its flotsam and jetsam, its stories. And each poem has its story. One has the poet finding ‘a note / in a beached bottle / crisping and faded.’ Another has a boyhood memory of reading war comics and making a game of soldiers armed with driftwood. Another poem, a tribute to his brother Tony, has memories of: the wind whispering in the marram, the glint of a fish smoker, old rope and tartan, resin and red wine, and a hint of what’s over the horizon.

In many poems there is a sense of the pleasure of making things – kites, model aeroplanes, boats to prepare, wood to turn, meals to cook, songs to compose – and writing the poems themselves. As Ron says of his model aeroplane poem, that is ‘a small tribute to dreamers, visionaries and eccentrics, to the curious and creative.’ He adds: ‘we need dreamers and people who make interesting and beautiful things, and not necessarily to the accepted blueprints.’ I think that applies equally to this book – though poems are also a special kind of thing to make. In Ron’s words: ‘Poets make no machines / and only build roads in the mind / backwood roads that butt / through a dry paper world.’

My congratulations to Ron for building so many roads in the mind for us. Congratulations also to his son, Duncx for the illustrations.

Many of you will know Ron for his work in communication and PR – such as his previous book ‘Talking with your People’ – but in his poetry book he is still very much engaged in communication since these are poems we can all enjoy and relate to. It’s a fine collection. 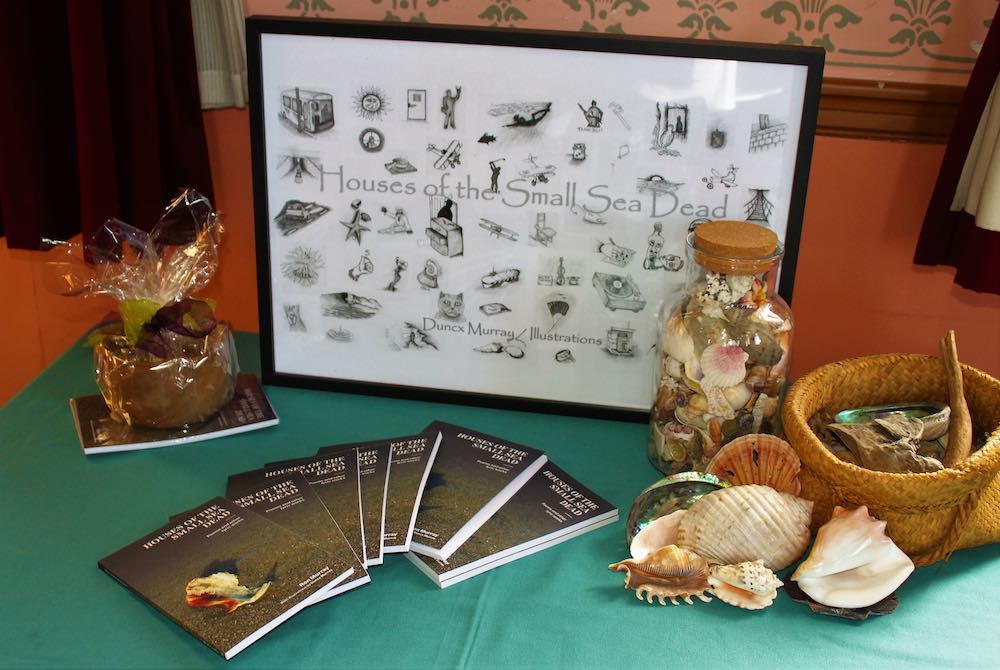 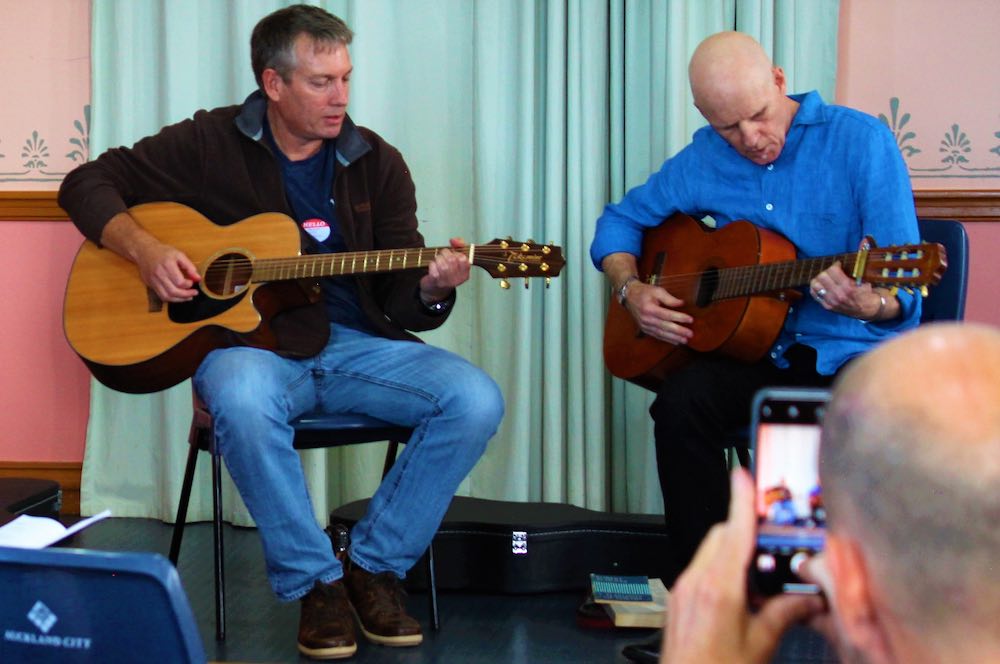 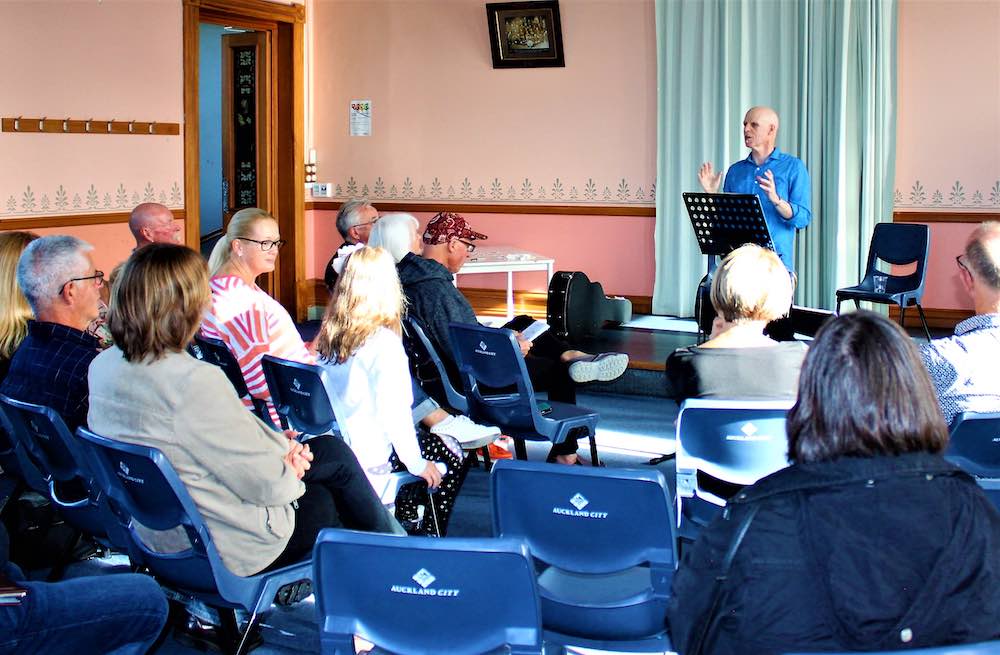 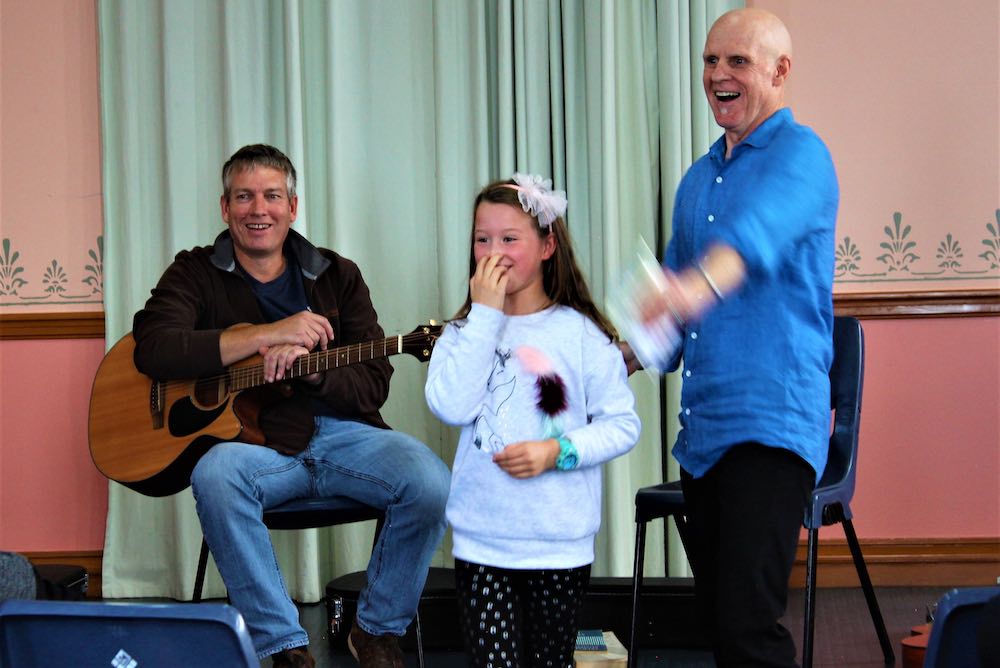 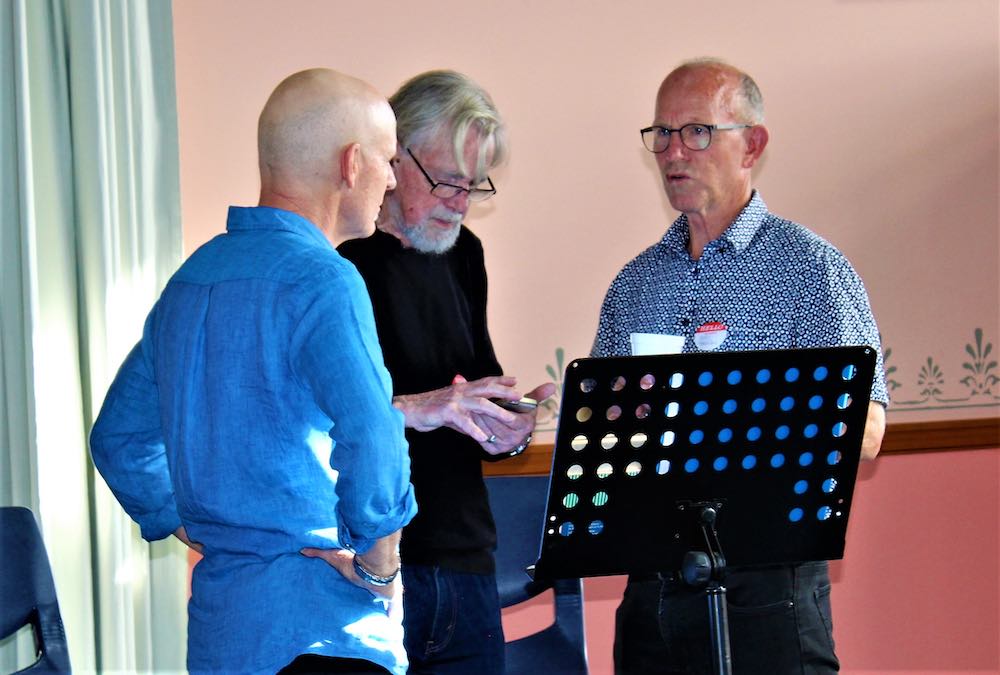 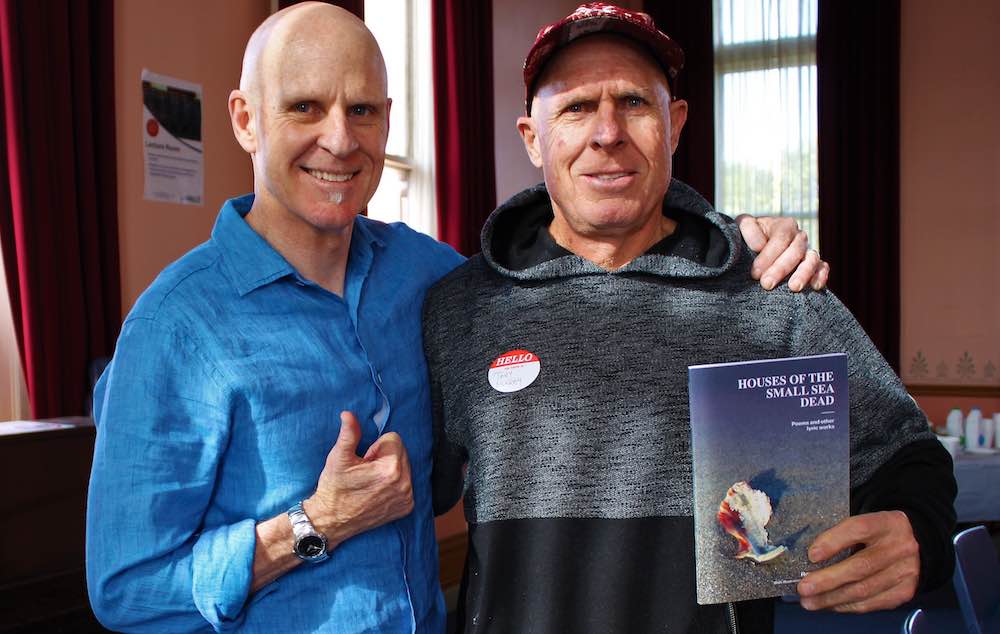 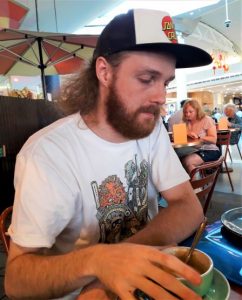 My son Duncx drew all but a couple of the illustrations that colour Houses of the Small Sea Dead.

I love his quirky style – simple and symbolic but with shading that adds something extra. Duncx is 24 and currently studying Counselling and Criminology at AUT in Auckland.

In his spare time he likes to play (and write) thrash metal – guitars – draws and occasionally bangs out a few tie-dyed t-shirts to keep the 1960s alive.