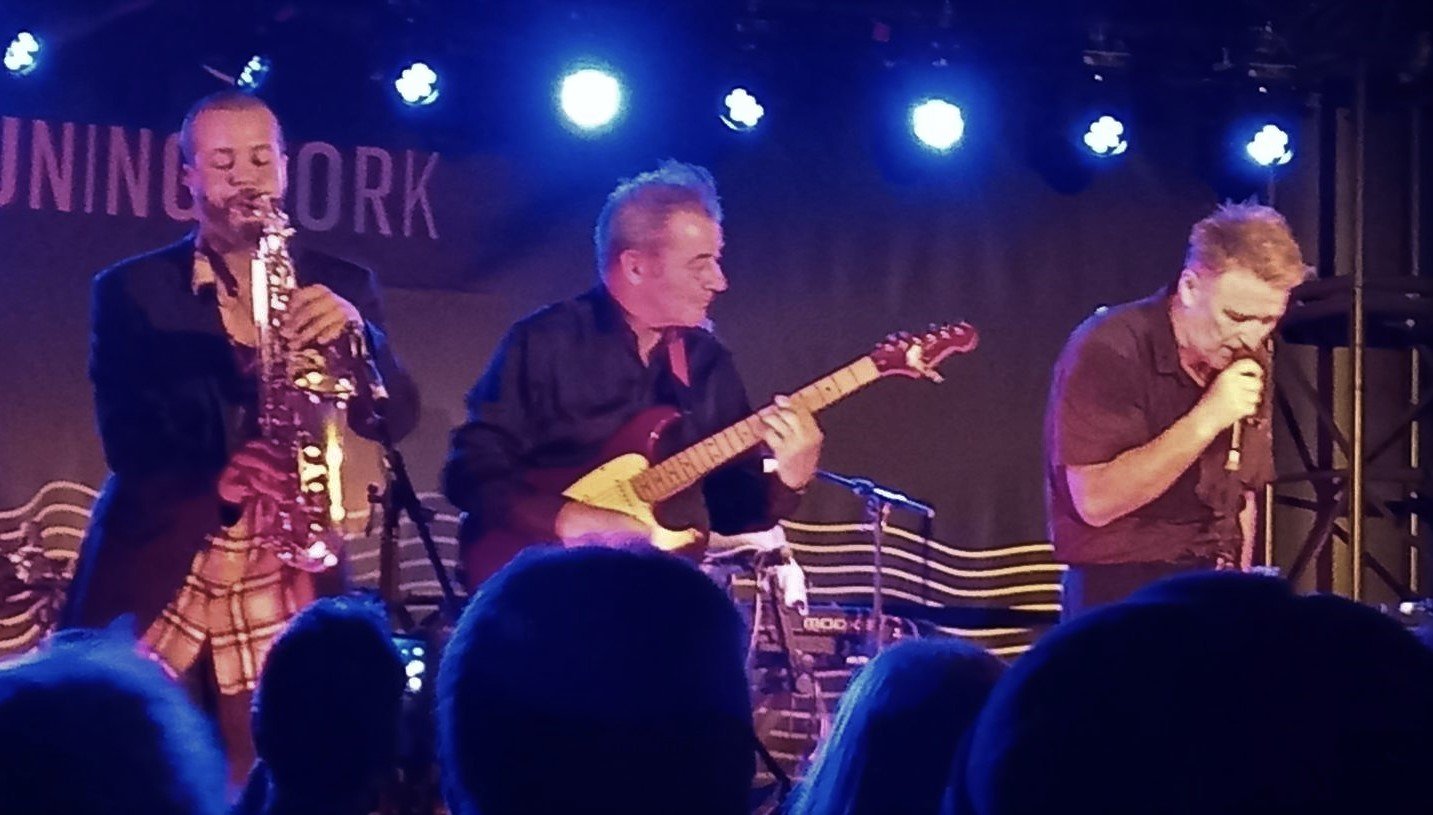 Concerts that take my fancy are few and far between at the moment. One I booked earlier this year, couldn’t find anyone wanted to go with, and had largely forgotten in the hubbub of mid-2022’s madness was China Crisis, which Ticketmaster exuberantly reminded me was happening on 10 December at The Tuning Fork. Up against Jack Johnson (at the Springs), Guns ‘n Ross at Eden Park and Christmas in the Park, I did wonder what other eccentrics would come out on a wet night to see a relatively obscure band.
Well 200, maybe 250 did, jammed into the Fork’s narrow, standing only (except for a bunch of bar leaners and high stools) lounge. As an act that kicked off in the 1980s – and was celebrating its 40th anniversary – with most of its major music happening decades ago, the crowd was understandingly older, greyer, a tad more portly perhaps – probably a strong element of ex-pat Brits, given the band’s origins in Liverpool. A few younger people there – probably there to see the intro act Tim Allen and Two Guys – and interestingly a lot of Asian fans.

Tim (the lead singer) and his band (actually four in total) played a rocky original set with great drumming and shades of recent Joe Jackson to this listener. Then at 9pm, China Crisis took the stage and rolled out one of the more entertaining and interesting concerts I’ve encountered. As a fan of their earlier albums, less so the later ones (though that’s probably because my tastes changed), I was keen to have the early thrill of loving those songs given a rev-up and the band didn’t disappoint.

China Crisis is basically vocalist Gary Daly and Eddie Lundon (guitars and vocals) and the band at the Fork was augmented by keyboards player Jack Ayman and horns/woodwind/percussion man, Eric Animan – both of whom were top notch, particularly Ayman whose Yamaha provided that essential synthesiser (bass, drums, everything it seemed) backdrop to the band’s biggest hits.

Daly and Lundon began the group as high school mates – “at Europe’s biggest Catholic boys school – 2500 boys”, Gary informed us. They co-wrote a bunch of songs and their first album came out in 1982. And their first group of songs at the gig came out of that early era, except the kickoff song, “Arizona Sky”.

But this wasn’t just an old band, trotting out their hits, slam bam thank you ma’am. From the get-go, Gary Daly ran the session like a stand-up comic, with just about as much patter and banter as there were songs. It was littered with f-bombs and a lot of the time he was mercilessly slagging off other bands from the era (though actually done in a humorous and even gentle – merciless and gentle? -way). It was unlike any band commentary I’ve ever encountered and very captivating and entertaining – but not without drama. More on that later.
The music was performed very true to the originals, though time has shaped both men’s voices – the lightness and purity in the higher registers not as easy to access (goes for all old singers as the vocal chords start to wear – check Ian Anderson’s – bit of a train wreck these days, sadly). But the energy was there. That first session (working from memory here) had “Some people I know to lead fantastic lives”, still a big fave of mine – so bouncy and pert, along with “Temptations big blue eyes”, and “Working with fire and steel”, which Gary told us drew heavily on the influences of David Byrne and Remain in Light-era Talking Heads.

Between lengthy chats, we heard “Black Man Ray” (of course – maybe their best-known hit), “Down here on earth” – about the death of Gary’s mother, “African and white”, “Red letter day” (I think), and possibly “Tragedy and mystery”, before we got the crowd-pleasers – “King in a catholic style” (which we all clapped to), “Wishful thinking” (with Eddie on lead vocals, and the audience encouraged to sing along), and “Christian”. The evening ended with a mock encore, Gary saying it was silly to walk off stage and come straight back on – “so we’ll say this is our last song” – “Christian” it was – “and then we’re play another. That actual closing number was the quaint “My sweet delight” – dedicated to all the women in the room, who Gary said should take over running the world given the mess the blokes had made of the job.

And then there was a lot of warmth (about the gig, New Zealand) from the band – they got a great reception – they bowed and were gone. I say great reception but there was one very odd blip in proceedings. Gary had made it clear earlier he wasn’t a fan of people calling out and he’s asked the audience not to do it. But one guy at the front of the stage seemed to be carrying on a running heckle, which Gary eventually had had enough of – and actually did something of a meltdown on stage. Dropped his mike, refused to sing, and nearly walked off. It took a lot of talking from Eddie and not a few hugs to get him back in a state of composure, to finish the gig. Gary hinted at mental health issues – I don’t know the history but possibly his own, though he spoke of a sister who had lots of mental health and drugs issues. Earlier he’d also hinted at autism (himself), partly to explain why he didn’t like hecklers.

It was a curious and very human note to a really endearing evening. Tight, hot – the band was visibly drenched, but pretty uplifting really. For a short time you were back in the ‘80s, feet tapping to some great beats and helping two guys who both turned 60 this year celebrate 40 years in the game and a timeless set of songs. Best $80 I’ve spent on music. 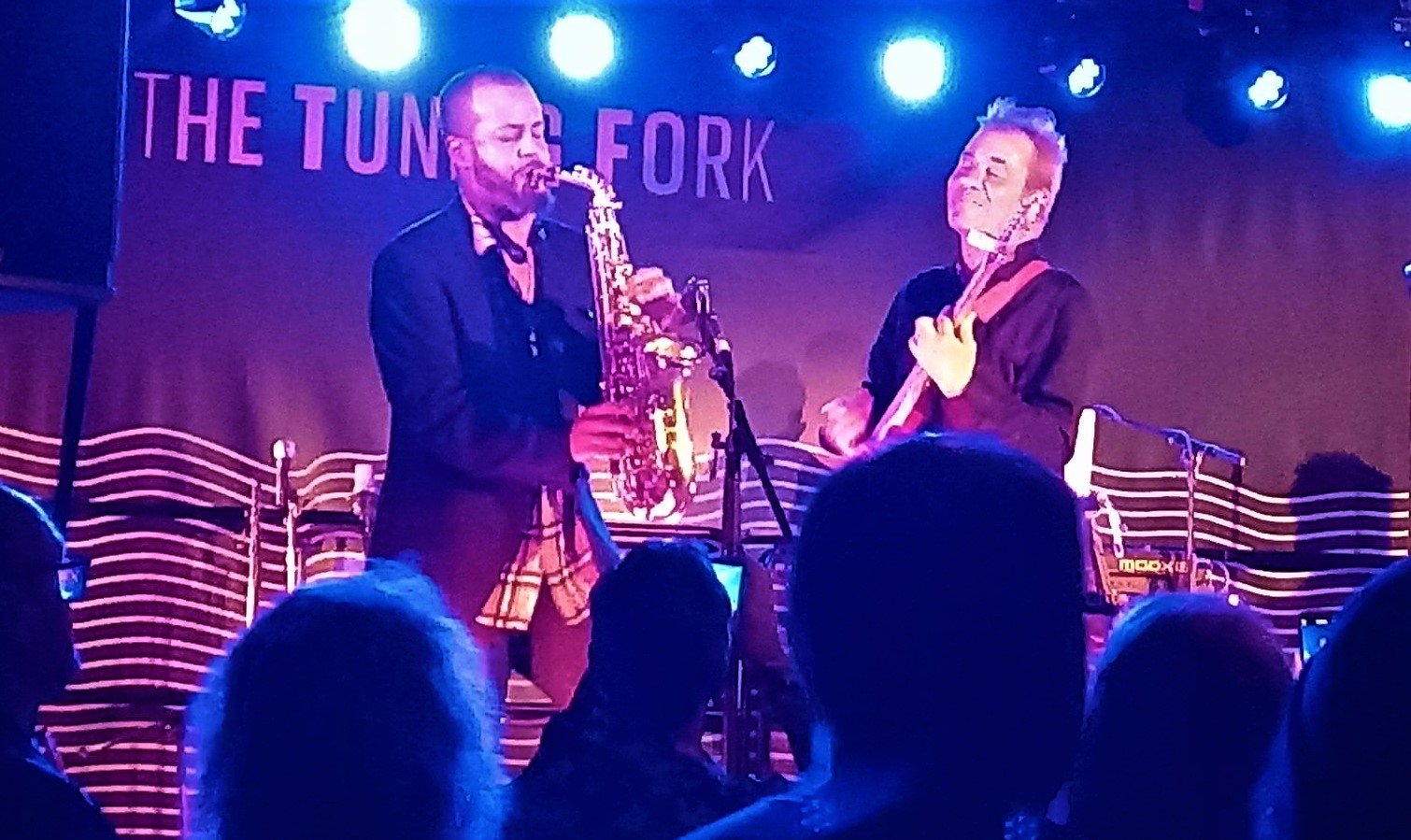 About the Author: Ron Murray

I'm a kiwi writer in my 60s with a long career in English teaching, journalism, and communications management and consulting. I've worked in-house and in agencies and have experienced the hustle and bustle of a lot of chunks of the business and social world - from the arts to finance, engineering to not-for-profit, computing to energy, transport to tourism...you hum it, I'll play it.